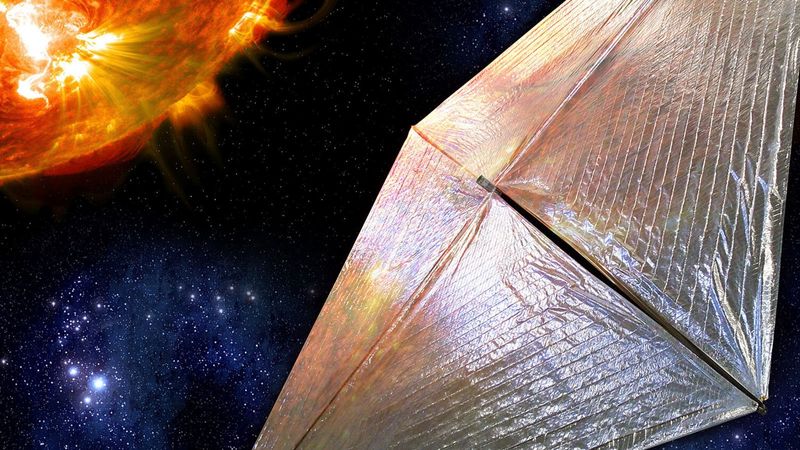 SDL’s Iris radios are software-defined telecommunications subsystems designed specifically for areas beyond Low Earth Orbit, such as Medium Earth Orbit, Geostationary Orbit, and Lunar and interplanetary missions. The SDL-built radios onboard Solar Cruiser will fly approximately one million miles sunward of the Earth at Lagrange Point L1, the position in space where Earth’s and the Sun’s gravity are balanced along the Sun-Earth-line, and relay vital mission data to NASA’s Deep Space Network and other ground networks.

“The space industry has experienced a rapid ascent of spacecraft with masses of less than 500 kilograms — classified as small satellites — and related technologies used for technology demonstration, science, commercial and other applications. Last year, more than 1,700 small satellites were launched, compared to 1,163 in 2020, and 757 in 2019,” said Asal Naseri, SDL’s satellite technologies branch head for civil and commercial space. “As more small satellites operate in deep space, there is a correlating need for radios that can function in the unique conditions of deep space, and SDL is honored to play a role in providing important proven communication technologies to Ball Aerospace and NASA.”

The solar sail technologies demonstrated during the mission will permit future missions to address essential science questions about the sun and its interaction with Earth. It will also demonstrate technologies that will enable subsequent missions to improve space-weather monitoring, prediction and science. Information provided by Solar Cruiser will allow scientists, engineers and mission planners to discern better how solar sail propulsion can be used by spacecraft to collect observations from novel vantage points that are difficult to reach and sustain.

Operating in deep space is no easy feat. Temperatures in space drop to 2.7 kelvin (about minus 455 degrees Fahrenheit) and a spacecraft can heat up or cool down dramatically depending on a spacecraft’s attitude and distance to the sun. Because Solar Cruiser will be flying in deep space, the spacecraft will experience a radiation environment more severe than experienced by those in Earth orbit. Exposure to severe radiation and temperatures can be destructive to spacecraft systems such as radios. Iris radios are designed and built to perform in that extreme environment.

SDL has been solving the technical challenges faced by the military, science community and industry for over six decades and supports NASA’s mission to drive advances in science, technology, aeronautics and space exploration to enhance knowledge, education, innovation, economic vitality and stewardship of Earth. As one of 14 DOD UARCs, SDL serves as a subject matter expert in its core research areas to the U.S. Government, ensuring that essential engineering and technology capabilities are maintained. SDL is a research laboratory headquartered in North Logan, Utah, and has offices in Albuquerque, New Mexico; Bedford, Massachusetts; Colorado Springs, Colorado; Dayton, Ohio; Huntsville, Alabama; Houston, Texas; Los Angeles, California; Stafford, Virginia; and Washington, DC. For more information, visit www.sdl.usu.edu.