Originally called the Wide-field Infrared Survey Explorer (WISE), the spacecraft was placed in hibernation in 2011 after its primary mission was completed. In September 2013, it was reactivated, renamed NEOWISE and assigned a new mission to assist NASA's efforts to identify the population of potentially hazardous near-Earth objects (NEOs) and help characterize previously known asteroids and comets.

The three-year survey in the 3.4 and 4.6 µm IR bands began in December 2013 during which NEOWISE is characterizing NEOs and obtaining measurements of their diameters and albedos. NEOWISE is equally sensitive to light-colored asteroids and the optically dark objects that are difficult for ground-based observers to discover and characterize. In the first year of its survey, NEOWISE captured 2.5 million image sets, detecting and providing data on over 10,000 solar system objects. The data revealed 129 new solar system objects, including 39 previously undiscovered near-Earth objects. Each image also contains a multitude of background stars, nebulae and galaxies. More than 10 billion measurements of these more distant objects are contained in the first year of NEOWISE data. Just six days after the restart of the survey, NEOWISE discovered its first potentially hazardous near-Earth asteroid, 2013 YP139. 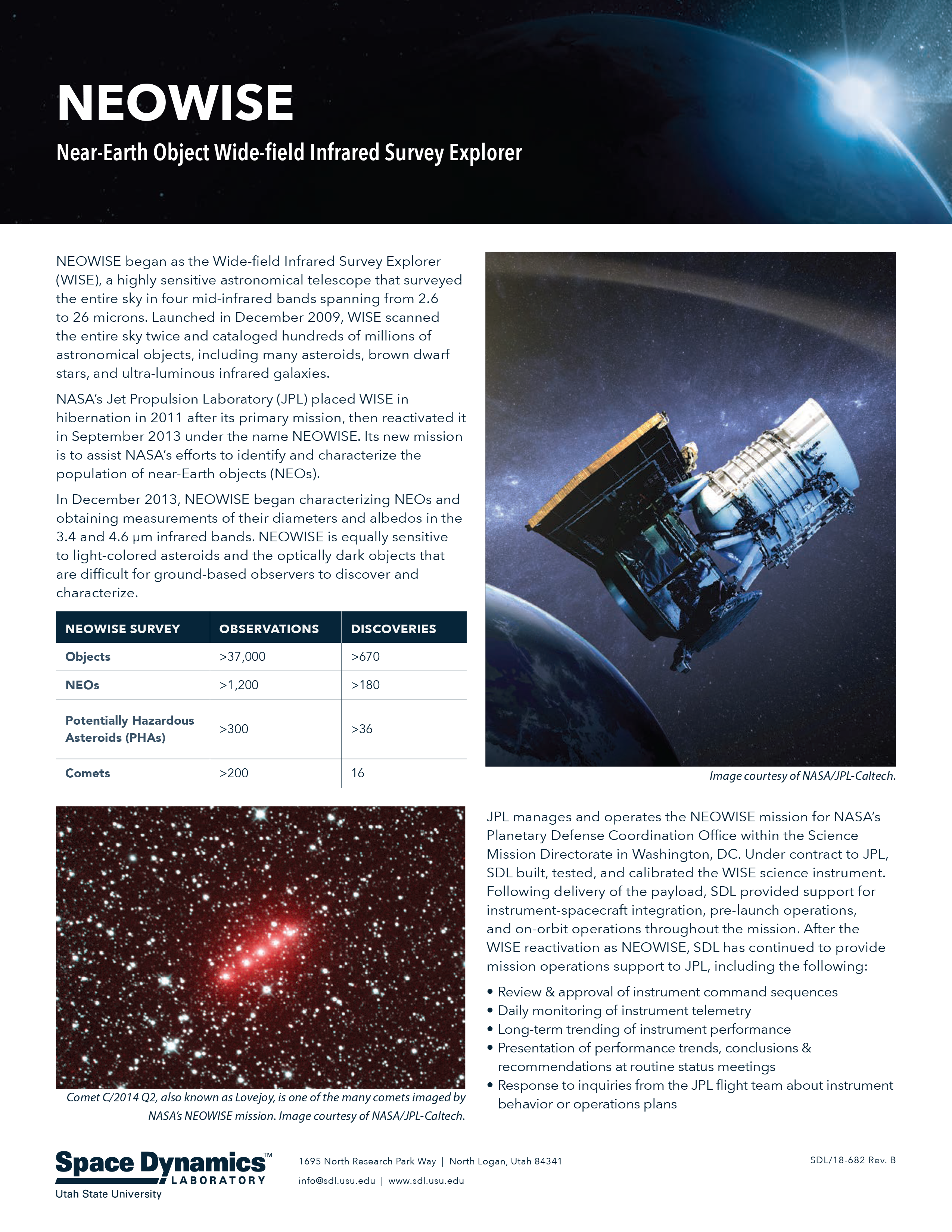 NEOWISE discoveries during the first year